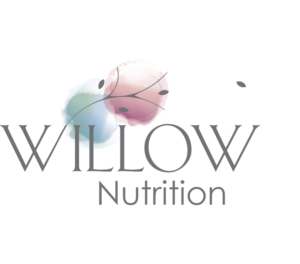 Why To Say Goodbye to Dieting

Previous
Why To Say Goodbye to Dieting

Why To Say Goodbye to Dieting in 2023

So it’s almost January and we all know what that means – the push of endless diets, detoxes, slimming pills and skinny teas with a side of guilt thrown in for good measure. However this year if you’re aiming not to be back at square one again in 12 months then these fad diets promising immediate results may not be the answer.

So instead, why not decline any invites to take up the next new diet, save your time, money and energy. Instead choose to accept the idea of making peace with food and with yourself. Sounds too good to be true? Read on.

So what is the problem with dieting anyway?

For people trialling a new weight loss diet, some may lose weight in the beginning. However many diets – even seemingly sensible ones – are often difficult to maintain.

Take a minute to think about how past diets have made you feel. Good at first, maybe losing a small amount of weight but did any of them actually benefit you in the long run?

If we know instinctively that diets don’t work then why do we all keep trying them? Well dieting is a multi billion euro industry promising unrealistic results through clever marketing and celebrity endorsements which ultimately end up distorting our relationship with real food and real bodies. Diets are essentially designed not to work in the long run. If they did work, we would embark on a diet, lose weight, keep the weight off and never have to diet again. However this is not the case. So we keep revisiting the same diet or going to another version over and over again. We think that we have failed the diet when in reality the dieting industry is failing us in order to make more money. 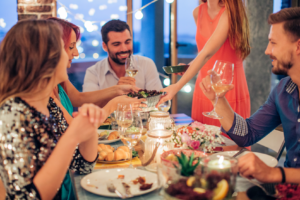 5 Reasons Why Diets Don’t Work In The Long Term

1 . Diets are not sustainable

As we have already mentioned we know that diets do not have a success rate past the five year mark. Yes diets will help you lose weight at first. However we have to look at the research, and what that shows us is that 95% of people who diet end up gaining the weight that they lost back. And of that 95%, about two thirds will gain more weight than they started out at. This then begins the vicious restrict/binge, yo-yo dieting cycle. And the literature shows us that weight cycling (losing weight, gaining weight, repeat) is actually more harmful to our health than just staying at a higher weight. Mann Et al (2007), reviewed over 30 studies on dieting and concluded that dieting is actually a predictor of weight gain.

As well as that, most diets involve restricting certain foods, or in some cases removing whole food groups (remember the Keto diet or Atkins?). While other diets may focus on eating only single foods with promises of extreme weight loss results such as the grapefruit or cabbage soup diet (neither sounding very enticing). These diets are not very easy to follow for longer than a few weeks and impossible to stick to outside of your pre planned meal schedule. This then often leads us to having to ‘break’ the diet when normal life intervenes or even worse, declining invites to social events, meals out or even avoiding situations where we might not be able to have full control over our food choices.

2. Dieting is a form of starvation

This is how our body sees it anyway, it does not acknowledge that our 1200kcals a day ‘beach body shred’ is a self-imposed restriction and simply sees it as a famine. Our bodies then make biological compensations to keep us alive. Studies of The Biggest Loser contestants in America showed that following an imposed energy deficit, metabolism slows dramatically following significant weight loss, but also that regaining the lost weight does not restore metabolism back to its pre-weight loss levels. Meaning that in order to keep the initial weight loss off, the calorie restriction or deficit has to continue long term (Hall, 2021). Which is likely not sustainable for the majority.

Your body is simply trying to protect you here and unfortunately we cannot continue to push back against our biology for long.

3. Dieting may not improve biological health

We are often told to lose weight in order to improve our health such as cholesterol, blood pressure, insulin resistance. However this is not always the case, the famous Framingham heart study demonstrated that restrictive dieting increases the risk of premature heart disease. These results were independent of cardiovascular risk factors. Chronic dieting teaches the body to retain more fat when you start eating again and low calorie diets double the enzymes that make and store fat in the body. Research has also shown that people who lose weight and gain at least eleven pounds within a decade don’t live as long as those who maintain a stable weight.

Restricting certain foods over periods of time can also put us at risk of developing nutritional deficiencies through limiting essential nutrients from our diet such as calcium found in dairy foods, iron found in meat, egg and legumes & some B vitamins found in wholegrain carbohydrates and animal products.

So instead of solely aiming to restrict your energy intake solely to lose fat mass, instead try to focus on the quality of the food in your diets and the way in which you eat it.

4. Diets can lead to bingeing.

We are made to believe that bingeing or overeating is due to lack of willpower. This is not actually the case. Bingeing is a biological reaction to deprivation. Have you ever experienced the inability to stop thinking about food when you embarked on a new diet? This is actually because your body will release chemicals to make you think about food in response to starvation, that chemical is called neuropeptide Y (NPY) and NPY is secreted by the brain when you’re not getting enough calories and/or carbohydrates (your brain’s primary source of fuel). NPY is likely the reason you are craving carbohydrates, not because you are an “emotional eater”. It is literally a chemical survival mechanism our bodies have to keep us alive and well and in a state of homeostasis (or balance). Dieting and restriction, aka not getting enough energy and enough carbohydrates, causes us to binge.

5. Diets make you obsess about food

When I think back to when I was in my ‘dieting’ era, I would obsess about counting calories, portion sizes, could not control myself around ‘treat’ foods and then would feel the guilt and shame if I exceeded my self imposed calorie restriction. I would spend an inordinate amount of time tracking, counting, weighing and planning my food. Thankfully since I moved away from dieting and learnt about intuitive eating I no longer have to spend my time obsessing over food and have a healthy, nourishing relationship with food with no counting.

So what causes us to become so preoccupied with food when we restrict? The Minnesota starvation study studied 36 male volunteers. Their calorie intake was cut in half (to 1570kcals) for a period of six months and not only did the researchers observe mood changes like irritability, fatigue, and lack of motivation, they also observed a preoccupation with food. After the study finished some of the participants continued to participate in extreme overeating (Keys et al 1950). This is really relevant when it comes to modern-day diets. For example, many people will go on 1200-1500kcal diets and then wonder why they are thinking about food all the time. It’s because they are essentially starving themselves.

Your body will fight against this restriction –by increasing the amount you think about food in an attempt to motivate you to eat more, so it doesn’t starve!

In summary we have more and more evidence to demonstrate that dieting can negatively impact our physical and mental health as well as social and behavioural practices. Restriction can also lead us to be preoccupied with dieting, spending time, money and energy on trying to achieve often unrealistic and unattainable promises of a better life and new you that comes with the much desired loss of weight.

Take a minute now to think about how dieting has interfered with your life. Did diet talk start to trickle in when you were a child? Was it later when you were in school? Or college? Often many of us have been on some type of diet or restriction for as long as we can remember. But think about never having to diet again. How much time would this free up for things you actually enjoy doing? Does this sound good?

It is not easy and we all need some help to support this change. Adopting the intuitive eating approach is a great place to start. Intuitive Eating is an evidence-based approach to help improve your relationship with food, and understanding that you have the autonomy to make decisions on how to nourish yourself  so you don’t have to think about food all the time. It can help you learn to honour your health by listening and responding to the messages of your body. Helping you to meet your physical and mental needs based on your terms and move away from external diet tools such as the time of day, points systems, calorie tracking, rigid rules or meal plans  – which can all exacerbate obsessive food thoughts. You can learn more about Intuitive eating here.

Speaking to a Registered Dietitian and Intuitive Eating Counsellor can help support and navigate you through this journey. Get in touch to book in for a free discovery call to make the first step. Let this year be your year to make lasting changes for you. 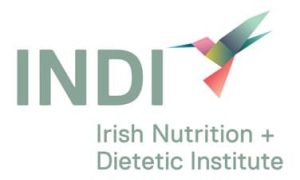 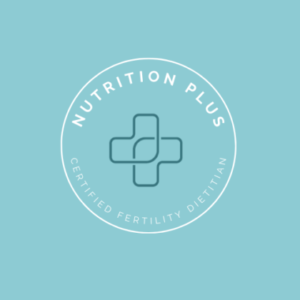 This website uses cookies to improve your experience while you navigate through the website. Out of these, the cookies that are categorized as necessary are stored on your browser as they are essential for the working of basic functionalities of the website. We also use third-party cookies that help us analyze and understand how you use this website. These cookies will be stored in your browser only with your consent. You also have the option to opt-out of these cookies. But opting out of some of these cookies may affect your browsing experience. Willow Nutrition's Privacy Policy can be found here: https://willownutrition.ie/privacy-policy/
Necessary Always Enabled
Necessary cookies are absolutely essential for the website to function properly. These cookies ensure basic functionalities and security features of the website, anonymously.
Functional
Functional cookies help to perform certain functionalities like sharing the content of the website on social media platforms, collect feedbacks, and other third-party features.
Performance
Performance cookies are used to understand and analyze the key performance indexes of the website which helps in delivering a better user experience for the visitors.
Analytics
Analytical cookies are used to understand how visitors interact with the website. These cookies help provide information on metrics the number of visitors, bounce rate, traffic source, etc.
Advertisement
Advertisement cookies are used to provide visitors with relevant ads and marketing campaigns. These cookies track visitors across websites and collect information to provide customized ads.
Others
Other uncategorized cookies are those that are being analyzed and have not been classified into a category as yet.
SAVE & ACCEPT
Go to Top